Design a site like this with WordPress.com
Mulakan
Lompat ke isi kandungan 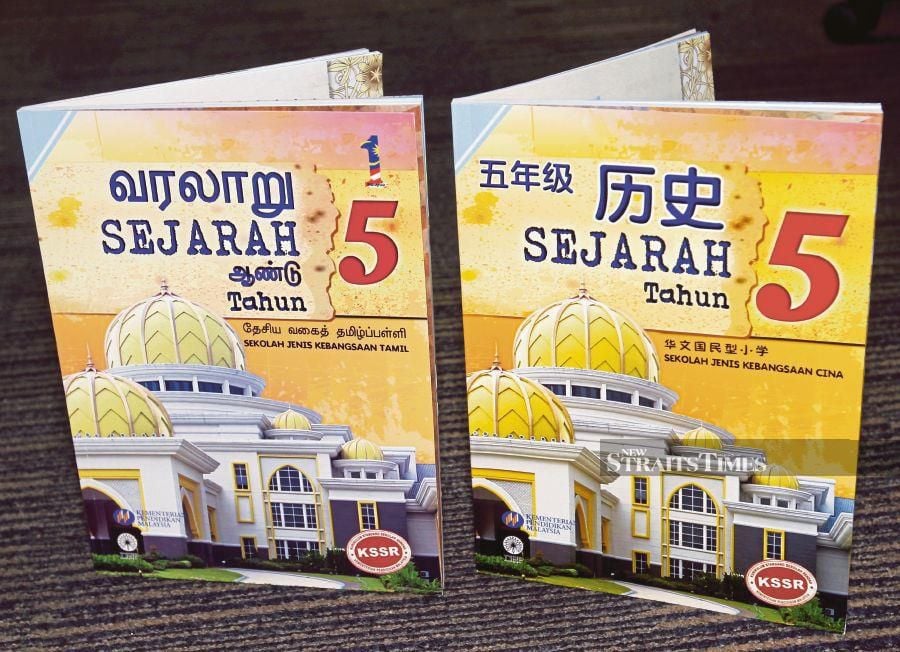 THE Chinese lyrics of the national anthem Negaraku had been published in textbooks for vernacular schools since at least 2014.

The New Sunday Times obtained a copy of the Year Five History textbook, approved by the Education Ministry for use at Chinese vernacular schools, which contained the Chinese version of Negaraku.

Published by Dewan Bahasa dan Pustaka (DBP) Kuala Lumpur, the 162-page textbook has been around since 2014, with its third edition published last year.

Negaraku, or Wo de guo jia in the Chinese translation, is on page 128.

The national anthem has also been translated into Tamil and published in the Year 5 History textbook for Tamil schools.

The Tamil text on page 128 of the book, however, is sung phonetically based on the Bahasa Malaysia lyrics. The Tamil school textbook was first published by DBP in 2014 and its second edition came out in 2015.

A video showing students in a classroom singing the national anthem in Mandarin went viral. The one-minute and 22-second video recorded on Sept 19 last year was believed to have been taken at a school in Negri Sembilan.

On Friday, the Education Ministry issued a statement saying it would not compromise on any breach of regulations outlined in the Federal Constitution, whether intentional or otherwise, with regard to Negaraku.

The Negri Sembilan Education Department said it had conducted an investigation into the video and action had been taken to prevent such an incident from recurring.

Parent Action Group for Education chairman Datin Nor Azimah Abdul Rahim stressed that it should have been made clear from the start that Negaraku could be sung only in the national language.

“However, school textbooks should be allowed to remain in the vernacular languages to help children understand the meaning of the lyrics. We should celebrate unity in diversity.

“I really don’t see what the big deal is. It is only a translation,” she said, urging the Education Ministry to also probe a school believed to have taught its students Negaraku in Arabic.

The one-minute and 11-second video clip taken on April 24, 2016 is available on YouTube.

In Penang, Gerakan called on Malaysians to respect the National Anthem Act 1968 by not altering the national anthem.

Its president, Datuk Dr Dominic Lau Hoe Cha, said while he understood the intention of the primary school, the national anthem should be sung only in its original form in accordance with the law.

“I am sure the primary school did not intend to alter the
national anthem to tarnish the country, but instead to allow more people to understand and appreciate the national anthem.

“However, we must respect and protect the national anthem by not changing it in any way,” he said after distributing 2020 calendars at the Lebuh Cecil market here yesterday.